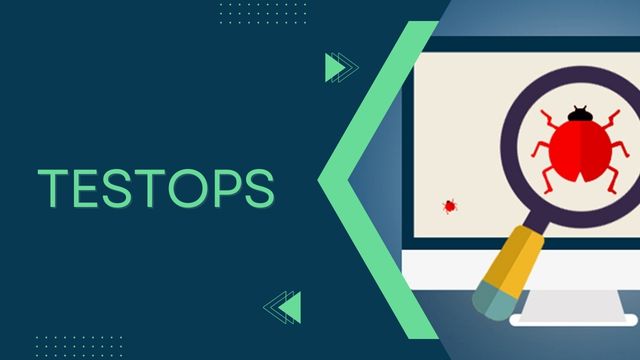 DevOps has proven to be an effective way to collaborate between development and operations teams to deliver software. As DevOps practices and frequent software releases develop, QAT teams face new challenges. TestOps is the integration of the testing team into the software development process.

TestOps frameworks combine traditional testing with advanced methods to ensure quality. After testing, the delivery is passed over the fence to operations, responsible for deploying it to production. Testers need to improve quality and speed up testing to replace this approach. As part of TestOps, both the development and testing teams play an equally important role. It improves the product quality and reliability and speeds up the process.

TestOps is ideal for systems with a lot of complexity and frequent releases.  TestOps will bring a change in complex & scalable software development projects. The team ensures that software releases are thoroughly tested before being released. Dual Shift approaches can enable significant testing in production environments.

Traditionally, shifting left is about moving early in the software life cycle. It ensures testers review and validate requirements. However, shift-right is performing more testing in release candidate, and production builds. It specifies after the release to mimic users and collect feedback. Dual Shift entails continuous testing in lines of Continuous integration and continuous deployment.

Test Operations planning considers the type and number of tests to run and the timing.

TestOps management ensures that the testing processes are as efficient and scalable. In addition, tools facilitate improved collaboration and visibility.

What Can Be Tested As Part Of TestOps Practice?

You can test just about everything. In the TestOps framework, you can perform mobile, web, and API testing.

The conventional testing method takes place after the entire product is built. TestOps focuses on the requirements that product teams need to succeed in testing.

TestOps framework offers transparency in the testing process. An integrated build system is used to accelerate and streamline the testing process. Developers and testers can access code contained within the build system. The APIs are checked to make sure they work properly. When the build is complete, it is marked as successful. In TestOps, a listener monitors integrations, and the API reports success and failure.

The team must know what should be tested and when to use the product effectively. It is important to test the code after every commit and remove any bugs. A bug must be identified without human involvement. TestOps framework offers assurance to the QA team. It reviews all the test APIs and the product’s running.

Replicating the entire platform is impossible because Microservices and Modules are tested separately. The purpose of individual testing is to ensure bugs or errors are caught at an early stage and removed. Maintaining API consistency is also important as part of faster product delivery. The original service sends a message to the message broker as part of the testing process.

It is unnecessary to test secondary or downstream services at this point, provided that the receiving service maintains APIs. It presents a continuity issue in the team communication through the messaging platform.

Test features that rely on external services or other products make it hard to isolate. In addition, the consumers may be in different locations or use different code bases. Therefore, to ensure consistency and prevent downstream consumers from being affected by changes. It is recommended to allow the provisioning of other modules after the build.

It is important to maintain the consistency of the code after the build. The downstream consumers can use all the modules provided by TestOps without manual intervention. It is recommended to place them in the same testing location as the other configurations.

Integration And Framework Of Continuous Improvement

An automated CI pipeline will monitor the repository code. The scheduler manages to track any new commits to repositories. Whenever a build is triggered, code is retrieved from the repository. The continuous validation process evaluates the tools and processes. Unit testing ensures that the code is bug-free. In this way, code changes run as expected at all times, meaning the code is always deployable.

The framework consists of four parts:

Set Up Your TestOps Framework

Testing has changed over the past couple of years, including DevOps implementation for testers. An organization can greatly benefit from TestOps. It also focuses on enhancing software quality and enhancing consumer satisfaction. Incorporating it into the company’s system will enhance its performance to a great extent.

Google vs. Oracle: The Importance of the Court API Copyright Decision

How to Avoid Risks Associated with Outsourcing Software