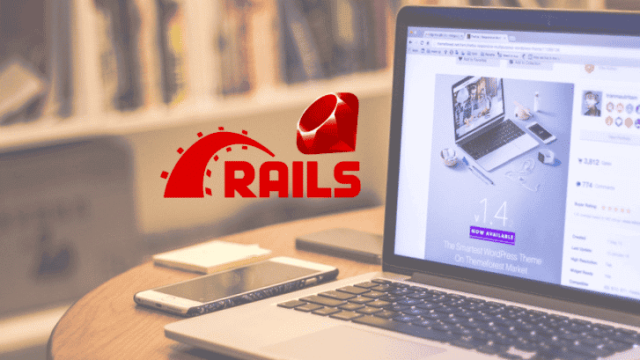 Technology evolves due to the changes in the business demands. Businesses rely on frameworks to create optimal solutions that serve a wide range of customers. On the other hand, if you ask any developer, What is your favorite framework for developing applications? Immediately you will see Ruby On Rails, Laravel, Django as the answers. Despite being one of the oldest technologies on the list, Ruby on Rails won this popularity contest. Ruby on Rails (RoR) uses Ruby as a programming language.

Though many programming languages are leading the race, the fame of ROR is never-ending. Will Ruby On Rails conquer the best place in 2022? This article will give you a good idea of whether ROR is the right choice for app development.

How Does Ruby On Rails Work, And Why Is It So High In Popularity?

With Ruby, developers can quickly build high-performance web applications. We can’t provide a definitive answer to the purpose of Ruby On Rails and its uses. Due to its general-purpose nature, you can use it to accomplish a wide range of programming tasks. Web development companies don’t consider code an independent project component besides its business goals. All programming languages and technology stacks work to resolve particular problems.

Ruby on Rails (RoR) development is best suited for:

Ruby On Rails programming remains popular despite the rapid growth of Node.js. in recent years. Ruby On Rails is popular with startups, non-profits, and large companies because of its simplicity of prototyping. According to the TIOBE index, Ruby ranks 11th in popularity, compared to the results of 2020. Globally, there are approximately 900,000 active Ruby on Rails websites, and this number is rising steadily every day.

Benefits Of Ruby On Rails From A Business Standpoint

There are few redundant lines of code in Ruby (simplicity, simplicity, logic), which allows for accelerated development speed. By using RoR development, developers can spend more time on customer service than writing code. The amount of code is less while the functionality remains the same, but it takes less time to write it.

The future of Ruby is exceptional due to its high flexibility in adapting the website to upcoming updates. Have you missed any functionality in the future? No worries, the rails programming has separate modules. With ROR development, you can redefine or remove an element based on your preference. The expressive nature of Ruby On Rails lets you find multiple solutions to a single problem. With Ruby on Rails, a developer can identify the best solution for a project with unlimited freedom.

There is no doubt that the length of the development process directly relates to the amount invested by the customer. A development project that takes more time is more expensive. Ruby development helps you create and modify the website rapidly with fewer expenses. Ruby development lets you design the application properly, matching the client’s needs.

The high readability of Ruby web programming serves as a self-documentation. Developers no longer have to write more documentation than usual documentation works. They can start working on existing projects almost immediately. Ruby web applications use Rails nearly 90% of the time. As a result, RoR offers many kinds of integration to match any project requirement. A new developer can quickly understand the details of each project because of Ruby On Rails’ good structure.

Scalability was a common complaint about Ruby on Rails for a long time. Both Java and RoR programs will run differently, but the performance of Java will be notably different, especially since Java is a multi-threaded program with high performance. Most of the Ruby On Rails development faces scalability issues with Rails 6, released last year. The new version has a scalability check. Another important aspect of scalability depends mainly on the architecture of the application rather than the framework.

A High Level Of Data Protection

Almost every day, we hear about the hacking of some digital resources. Cyber security is of paramount concern to us personally and professionally. Rails development teams gave considerable thought to data protection when developing the framework. Rails include features such as encryption of passwords and credit cards. Special measures prevent SQL injection and XSS attacks.

Every business must pay attention to stability. Testing is typically part of the Ruby on Rails development process. The toolkit provides substantial testing capabilities. Ruby on Rails systems is stable and maintainable because of their design. Automated tests control the framework, making Ruby Rails programming reliable.

Another advantage of Ruby web programming is its abundance of free plugins called gems. With RoR development, you can tailor your website to meet your specific business needs. For instance, you can create a dedicated social network and implement additional e-commerce features while protecting the privacy of your customers.

Countless articles are detailing the demise of Ruby on Rails every year, which has practically become a running joke among developers. But why are developers still talking about it? Ruby on Rails is a framework created in 2004 using the Ruby programming language from 1995. In the world of web development, new and trendy technologies occasionally emerge. Often, such a change is necessary because of new issues or trends. Like everybody, developers also tend to favor the latest trends.

While Ruby on Rails has been around for over 15 years, it continues to evolve to meet the business demands. The current Ruby On Rails web application is faster with better memory utilization and schedulers. This new functionality ensures that it remains competitive and up-to-date.

Are You In Search Of A Ruby On Rails Development Company?

The fast development of custom software solutions using Ruby on Rails makes it an attractive choice for numerous applications. Custom web applications created by ROR are known for their complexity. Ruby On Rails is a powerful tool for creating MVPs for startups, launching a successful business, and deploying to large companies.

Hopefully, we have answered why Ruby on Rails is a good choice for 2022. To produce products that work flawlessly, we rely on the most competent Ruby on Rails development practices and cutting-edge technologies.

Outsourcing Intellectual Property: How to Fully Protect it

What is the Importance of Quality Assurance in Software Development Projects?