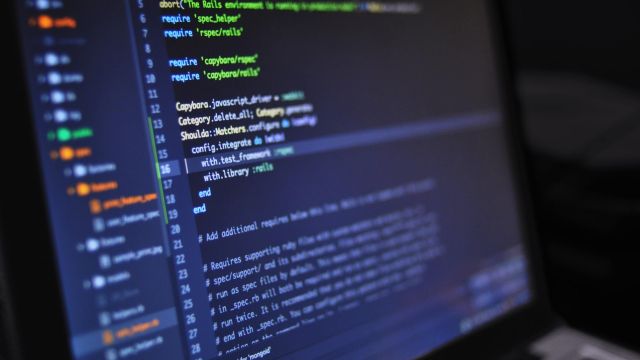 Having software working for you to carry out your business operation is good, but having one that has been custom-made for you is even better. And in as much as it sounds like a really great idea, a bit of financing is required for custom software development. And in this article, we shall look into the factors that will determine the budget you will have to put aside for the smooth running of the project.

Time is money, they say. And so, you will have to pay for it. Your software needs to be put in a timeline such that it must be done at the end of that period. The best apps most definitely take a bit of time because the concepts used are mostly theories or hypotheses brought to life. That means that everything is trial and error, especially if the idea is entirely new. And since the software you are making is unique to your business, that means it is rather very fresh in the market. With that said, you must, therefore, set enough time not forgetting to include a bit extra not to rush the project.

This time invested will, for sure, cost money, which will help you determine the final costing. The materials acquired during this time, as well as the labor, put in has to be catered. And that will influence the pricing greatly.

The number of developers put on the project

Custom software developers have quite a task on their hands to make the impossible possible-to move an idea from conception to a working model. In such a project, you may choose to do the development in several stages or work simultaneously to finish the job. Unquestionably, developing stagewise will take more time than a simultaneous approach. The staged plan will entail one team of developers working on a particular department such as the interface at the same time, and once they are successful, they move to the next.

Working simultaneously entails different persons of the same group working at the same time to develop and design one part of the software. And once they are victorious in their respective areas, they come together and assemble the app. This method can be very time-friendly, although it might be expensive because of the added human resources. And if the developers are not on the same page, their developments might not fit in seamlessly. For that reason, consultation and communication between the teams must be constant.

The functionality of the app

If the application is a simple and straightforward one, it may require fewer resources and vice versa for a more sophisticated app. For instance, if you are to create an app that each member of staff will be eligible to open a profile of their own and carry out their business matters on it, you will need more funding. Especially if the number of your staff is many or keeps growing, that will mean the app has to be compatible with upgrades, which frankly cost a little bit more. Additionally, if the app will allow the individual to customize their profile designwise, this may take longer and cost more.

The size of the application in terms of space and the number of compatible devices it can be used in will also dig into the costing of the application. If the app is operational on desktops, laptops, tablets, and phones, it will cost more compared to if it is to be featured on one type of device only.

The cost of software development in terms of the functionality of the application is, therefore, a major driving factor.

The making of a custom-made software will mean you will be putting a new product in the market. And for that reason, you will be forced to pay for the needed licensing so that your app operates. The applying for certification is vital as it acts as a guideline that your developers must follow, considering some things may not be allowed in your country. So after the plan has been made, with all the materials listed, the proposal is sent in for analysis so that the certification is given before any work is put into the project. It will be a total waste of resources to learn of a projects’ illegality after developing it. So much so, the licenses must be gotten and paid for before commencing on the project.

Unquestionably, in-housing will cost less, but it might rob you of a few of your workers from their regular working schedule as they have to dedicate all their time to the project. And truth be told, they might know of the action but may lack the expertise in the execution of the work. For that reason, they will consult, which may cost more money and take more time. And that is why outsourcing is your best bet in getting the job done in the timeframe set aside for the project.

The making of the budget will depend on the factors mentioned above. Needless to say, you must, therefore, do your due diligence and research on the above to get a quantifiable amount for the project. If you thought the custom making of software was cheap, you are wrong. But on the same note, it does not have to break your bank if you get all the right things in place. Set a budget with a little extra and get the work done.

What Are The Best Ways To Get Investors For Your Mobile App Startup?

Why Cloud Computing is the future of Enterprise Application Platform?