Julia Vs Python : Which Is The Best Programming Language

Julia Vs Python : Which Is The Best Programming Language 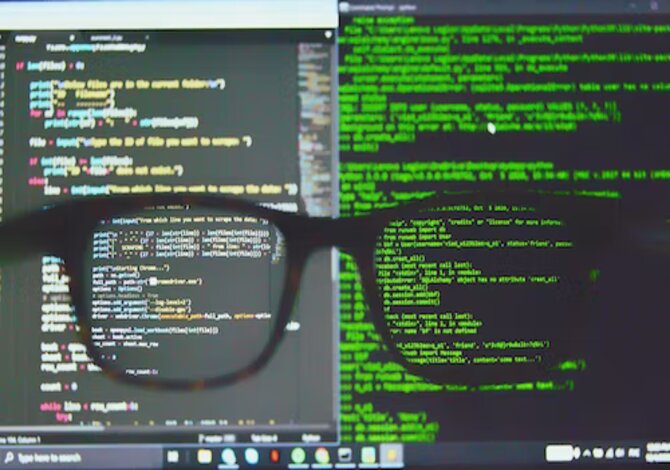 Python has gained a lot of attention since last year. In 2018, Python was recognized as the top programming language. Data scientists and machine learning professionals widely use Artificial Intelligence. The Python programming language is open-source. A key reason for its popularity is its simplicity and short learning curve. Python has grown rapidly in recent times. Recent buzz and searches have focused on Julia, a relatively new language. Programmers and developers prefer Python because it has been around for a long time. This article helps you choose Julia Vs Python , based on the project demands.

Python is widely used around the world as a programming language. Python was introduced in 1991. A high-level, multi-paradigm interpretation is included in the language. Many libraries and tools are available for web development, AI, and ML. Python is your go-to language for programming.

The popularity of Python among developers is due to its strength, adaptability, and easy syntax. It is easy to understand and master. Python developers create most Python-based algorithms for sentiment analysis and Natural Language Processing. Among the most popular languages for Data Science are Python and R.

The large developer community of Python contributes to Python’s adaptability. Many of these modules are used in Data Science by Python. Python is also well known for supporting standard data formats, such as CSV and JSON. Besides being able to communicate with SQL databases, it also supports XML.

Julia is a new entrant to the programming language world. The language was created in 2012. The first stable version was released in 2018 to meet the demands of Data Science and Machine Learning communities. A Julia program combines existing languages’ best features. By utilizing contemporary hardware’s parallel, concurrent, and distributed computing capabilities.

Let us examine several aspects of these two languages to see which one you prefer. A comparison of Julia and Python is presented below. Compare the languages to determine which one suits your needs.

In recent years, Python has become one of the most popular programming languages. More than 30 years old, its developer community is among the largest of any language. The Python programming language offers solutions and support for every potential problem. Despite Julia’s constant growth, it still has a modest but dedicated fan base, and the writers provide the most support. Blogs and a growing community discuss how to use Julia across multiple platforms. Julia’s popularity will rise as it expands beyond Data Science. Language developers can now use web development frameworks. The number of developers using it will increase due to the expansion of development options.

Python includes a powerful library that simplifies Python coding. Python code can import and use libraries like these as functions. There are few libraries in Julia, which places it at a disadvantage compared to Python. Furthermore, many third-party libraries support Python. Julia’s libraries also suffer from inadequate maintenance of packages. When plotting data for the first time, Julia can communicate with C libraries.

Python and Julia both have dynamic typing. Using variables in code does not require explicit declaration. Julia is also both a static and a dynamic language. Coders can use it either way, based on their needs. Python does not have this advantage over Julia.

Python and Julia are both capable of concurrent operations. Serializing and deserializing data across threads is necessary for Python techniques. In contrast, Julia makes use of more sophisticated and parallel techniques. Additionally, Julia’s parallelization grammar is less top-heavy than Python’s, reducing its applicability.

Programmers prefer languages that feature excellent tools and support. Tool support is better in Python than in Julia. In contrast to Julia, Python has excellent tooling support. Consequently, Julia’s performance tools are less extensive than those of Python. Additionally, because Julia has native APIs, Julia has a higher risk of unsafe interfaces.

Python makes coding and reading easy, which makes it a flexible language. Python’s flexibility makes it a suitable platform for automating, developing, and scripting websites. Developers prefer Python because it can execute tasks efficiently. Several libraries and frameworks are used to reduce development time. Python is more adaptable than Julia when dealing with scientific programming challenges.

Now that Julia vs Python’s popularity battle has ended, you’re sure you know which one wins. Despite Julia’s success and growing attention, Python isn’t falling behind. Languages have their strengths and weaknesses. Julia and Python have brighter futures in big data, data science, AI and MI. While Julia has great potential in these areas, it will need to work harder to compete with Python. Within a few years, Julia can become an industry-accepted programming language.

Julia’s popularity will not detract from the importance of Python across all technology fields. It is nevertheless necessary to share the resources between the two languages. Despite showing promising results, both languages are expected to compete. The ability to program in multiple languages is essential for developers.