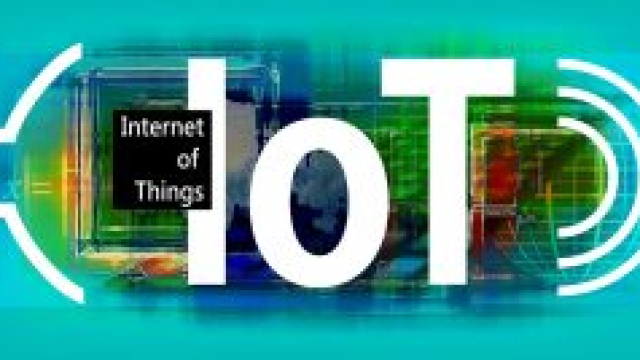 The overarching features of Bluetooth are ushering IoT manufacturers to integrate IoT devices with Bluetooth technology. Adding Radio Direction Finding(RDF) and Received Signal Strength Indicator (RSSI) technologies quadrupled Bluetooth’s ability to locate devices by tracing the direction and strength of signals. This makes for the adoption of advanced Bluetooth applications into the wide array of IoT devices. Likewise, the list of features is more exciting to know.

A market study by ABI Research says, by 2024 IoT technology will dominate the Bluetooth end-device market with 31% of the market representation. Also, Bluetooth IoT devices would dethrone the mobile phone hegemony in the market, and over 60% of wireless IoT devices use Bluetooth by 2021.

The ability to build large scale networks and the possibilities of rich connectivity and interoperability with high-level security is what enchants IoT devices to integrate Bluetooth.  Apart from mobile phones, speakers, and PC accessories, Bluetooth finds it’s position across home appliances, wearables, entertainment devices, and other consumer electronic equipment.

Another prominent market sector is Bluetooth enabled smart wearables such as smartwatches, activity bands, hearing aids, etc., around 400+ million devices are estimated to manufactured and sold across the planet by 2024. Besides, though wifi devices outnumber all other technologies in smart home appliances and gadgets, Bluetooth devices are anticipated to contribute to the market growth by 13%.

Bluetooth is a wireless communication technology that enables devices to connect each other through secure pairing. Also, it has various features such as duplex network connection to link multiple devices and perform various tasks. Similarly, the addition of Radio Direction Finder technologies

The addition of Bluetooth Low Energy (BLE) in its network stack opens a promising connectivity solution for IoT devices of all sizes. Likewise, this BLE technology cuts down the cost and energy consumption for running the applications. These characteristics facilitate Bluetooth with a suitable performing platform for IoT devices.

Mesh networking technology is the most exciting innovation that stirs IoT applications to get more affectionate with Bluetooth. Mesh networking extends the possibilities of IoT Bluetooth devices to connect a whole building or a wide area. The guaranteed interoperability and scalability of Bluetooth mesh network can turn workspaces and factories smarter.

Factors that made Bluetooth more convincing for IoT devices

The latest version of Bluetooth offered a comprehensive package of features that suits the requirements of IoT devices to outshow a scalable performance.

Exceptional Speed: The upgraded Bluetooth version 5 amplified the data transfer speed up to 2Mbps, which is twice then the earlier version. Moreover, integrated Bluetooth gateways enabled the devices to exchange real-time data. By attaining 2Mbps, Bluetooth could transfer huge amounts of data. However, as the data transmission speed rises, the receiver signal range goes down. Yet, this speed level meets the required data-exchange turn around time of IoT devices.

In addition, using mesh networks, the signal range can be outspread with little power consumption. Also, it enables users to connect thousands of devices.

Expanded Connectivity: To get Bluetooth devices connected, the process of advertising and scanning should happen simultaneously. The scanning device detects the broadcasted packets and finds the advertised pair.  Unlike the older versions, the Extended Advertising model in Bluetooth 5 enables the device to emit data packets ranging up to 255 bytes. Moreover, using beacon technology transmitting signals via BLE, it enhances the broadcasting capacity to 800%, which means expanded connectivity.

Detection Accuracy: Bluetooth 5 offers amazing proximity detection and positioning capacity to devices. With a 1cm accuracy now devices can detect the location of connected gadgets. Using Radio Direction Finding technology, Bluetooth devices can figure out the direction of signals. Hence, with triangulation techniques, the most accurate position can be traced.

The proposed market growth of Bluetooth integrated IoT device implies the immense surge of technological shift. It eases out the lives of people and helps to automate the activities of all kinds. Industries, as well as mass human settlements such as apartments and houses, will majorly be guarded by IoT devices. Unsurprisingly, Bluetooth technology makes for the way to connecting all these devices and applications accurately.

What is the Difference Between Artificial Intelligence and Machine Learning?

What is a SDLC | Software Development Life Cycle An Overview