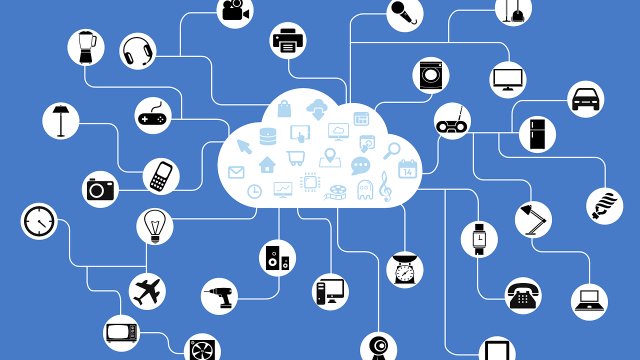 However, as the hodgepodge of IoT devices elevates the risk attached with it also rises up.

200 Billion IoT devices (including subcomponents) are expected to serve the different sectors of our world by 2020, says Intel. Reportedly, Garner estimates 20 billion IoT units at the same time. This predicted number can go high with the gaining receptiveness of 5G network in the enterprise workspace and consumer market. Hence, new intricate measures have to be figured to mitigate IoT security challenges.

Let’s see how to enhance IoT security in the enterprise workspace.

Globally, enterprises are spending billions on the Internet of Things applications, and it is expected to hit 3.1 billion by 2021. The different business sectors are foreseeing a great fortune with IoT devices as well. However, all these gleaming estimations are subject to the daunting threat- IoT device security!

Default login gateways are posing severe threats to IoT platforms. Plus, the single-factor authentication seems a weak opponent to the cunning hackers. So, every enterprise requires a secure authentication process. It shouldn’t begin and ends with firm password policy, but, a series of security measures.

Multi-factor authentication is the best practice to ensure security across the devices.

Though different devices have different protocols and authentication standards, organizations have to ensure all of the devices can be authenticated and monitored securely. Besides, the IoT platforms which companies use to govern the devices also matter to easy out this process.

Physical threats arrive at different guise today, such as theft, accident, or a planned attempt. The small size and fancy look of modern IoT gadgets are increasing the possibilities as well. Moreover, for hackers, end IoT devices are an open gate to seep into the delicate networks of organizations.

So, users should be careful and vigilant to protect the end IoT devices. Use secure lockers to store and tamper-free cases for the devices.  Plus, employing wireless technologies to detect any breaching attempt helps a lot to secure enterprise IoT devices.

However, from the design line itself, IoT appliances are meticulously analyzed to reduce security risk.  Minimal access ports, tight credential security, enclosed components are some of the countermeasures.

The call –“Isolate IoT from the regular network” for enterprises are echoing across the market. This is necessarily advised to reduce the impact of cyber-attacks in an enterprise setting.

Companies can implement there own workspace IoT network. It helps to safeguard the entire IoT system from external attacks. Also, building a separate VLAN network serves as an additional layer of security. Deploying a firewall across the primary and IoT networks helps to prevent any sort of intrusion.

However, employing Contest-Aware Access Control methodology helps to manage a secure network without sacrificing the seamless functioning of devices across the network.

The paradigm models such as Device to Device, Device to Cloud, Device to Gateway, Cloud to Cloud structures can implement according to the business function.

While granting access to IoT devices in the workspace, ensure it is authenticated. Many IoT gadgets which are using by the employees seem vulnerable in nature. They may not be password protected and encrypted. Hence, it opens a chance for attackers to intrude into the system.

Since employees can use their own devices to work, limit access to work-appropriate networks. Further, monitor the devices which are permitted to access the system. Also, practice a strict policy to avoid personal IoT devices in the workspace network.

Further, accessories such as cameras, printers, and routers have a feature called-Universal plug and Play. Though it enhances the user experience, paves a broad way for intruders. It leaves our device open for a visit and let our network discovered by others.

Therefore, it is recommended to connect the necessary machines alone in the network. Considerably, add every device with a separate network with countermeasures.

By updating firmware regularly enterprises can gain a potential advantage over the device security practice. Updated firmware is an essential factor in every IoT device to combat the attacks. To encounter new types of bugs and other advanced security threats, the devices should update regularly.

It helps to prevent unauthorized hits from other networks and protect the devices. Enabling automate update mitigates the risk of outdated firmware. Also, the new patches cover the gadgets from new modes of attacks and make them more intelligent.

The connected devices in an enterprise network exchange a massive amounts of data. Incidentally, 90% of data from IoT devices are not encrypted around the world. This expands the possibility to get attacked by hackers.

Encrypting data prevents all malicious attacks across the network. It further protects the backup data as well. Thus, it is critical to encrypt IoT networks in enterprises. Failing to encrypt the data at its source leads to severe consequences for business continuity.

Security is a primary concern over every enterprise IoT network. Without a stringent network security practice, it is impossible to yield the potential benefits of IoT platforms. Hence, keep all of this in mind before deploying an IoT infrastructure in your enterprise workspace.

Why outsourcing tech projects is a good idea?

5G: How next-generation mobile technology will transform the world of work

What Are The Software Development Outsourcing Models – A Comparison

Mobile Website vs. Mobile App: Which is Best for Your Organization?