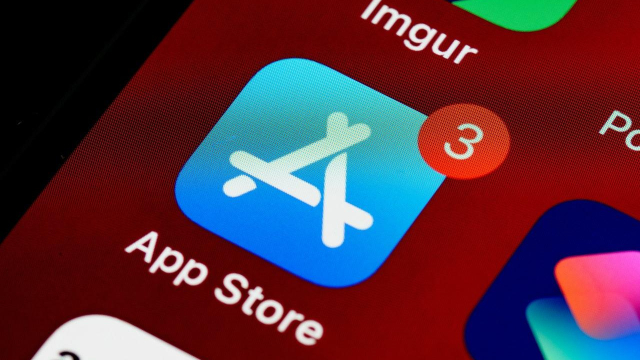 Today installing an app has become a daily routine for users. You may see elements such as icons, reviews, descriptions, or videos. These elements differ from one store to the next, so if you compare the two, you will find some remarkable differences in how they behave.

According to the reports, the chances of decisive behavior are 40% higher among Google Play users. Google Play Store gives a complex visual structure with its screenshot of an app and the graphic on the top of the app page. On the other end, iOS offers a clear and scrollable image gallery to view the app details. As a result, you should spend most of your Google Play resources on elements decisive to visitors what they see in the store. Those elements should contain your most important messaging and USPs.

After the first iPhone introduction in 2007, Apple created the first innovative mobile operating system. Apple’s iPhone stands out among operating systems thanks to its cutting-edge design and unified user experience. The design and simplicity of iOS have led it to become an absolute hit worldwide due to its versatility and ease of use.

As a result, the App Store provides the following advantages:

Google acquired Android Inc. in 2005. Android is a platform for mobile phones and tablets. Android is similar to iOS, which has an app store called Google Play store.

Here are some advantages of using Android:

Difference Between the App Store And Google Play

You can easily determine which app store produces more quality apps and is more user-friendly by analyzing the approval time of an app. Reviewing and approving an app usually takes about two hours or less on the Google Play Store. The store receives thousands of apps daily. Each app is tested for viruses and malware to ensure it does not contain nudity or copyrighted images. Each app is also manually inspected by specialists.

Apple App Store review can take more time than the actual publishing process. Most iOS apps have their contents inspected within 48 hours. It ensures that users of the Apple App Store will get higher-quality apps. Aside from great apps, the Google Play Store has many buggy apps that might compromise your privacy.

Although Exploration is overall lower in the Google app store, visitors are twice more likely to interact with your video, making video the most prominent type of Exploration Action in Google Play. Make sure to test out your video and find out what you have to offer, where users drop off, and what second pushes visitors to install. Interestingly, though Google Play users are more likely to play the video, iOS visitors are 22% more likely to complete the video. You can only upload a 15 – 30 second video to iOS, so users will watch the whole video.

There is a common belief that App Store is more secure than Google Play Store. A review team inspects each new application before its release on the main platform. Since the standards of scrutiny set by the App Store are high, it takes so long to approve an app. Google reviews and uploading processes are not as complex as App Store. Thus, the Google Play Store contains some low-quality apps.

Despite Google Play’s growing popularity, Apple’s App Store still earns developers a higher profit. The reasons behind this are interesting. First, Apple users tend to be more affluent. Rather than buying the cheaper handsets that the “average” Android user would make do with, these more affluent Android users will spend much more on apps.

Also, developers should be aware that they have to have a Mac to write iOS apps. However, Android apps can be composed for Windows, OS X, and Linux. You can see the Samsung Galaxy S6 Edge as an example of the Android ecosystem’s expensive phones. There are plenty of Android users who own smartphones for less than 300 dollars. The average Android user may not have a credit/debit card, and carrier billing may not be available in many parts of the world where Android is popular. Android apps tend to be ad-supported due to a lack of direct sales revenue.

‍To get your app designed, approach the right application design company that offers you the striking business hit.

SaaS, Iaas, or PaaS- Which Cloud Service Model is ideal for your business?

7 Key Features You Must Add during Android App Development