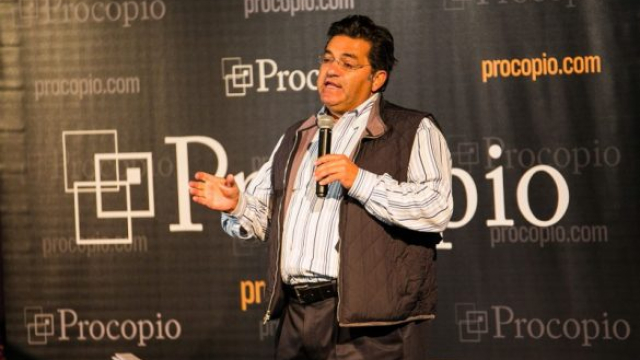 When it comes to startups, Saeed Amidi is known as the “hottest matchmaker in Silicon Valley” — and with good reason. After founding the wildly successful Plug & Play Accelerator in 2006, he’s watched as 2,000+ of his batch companies, including unicorns like PayPal, Dropbox, and LendingClub, have combined to raise a total of over ~$3.5Bn in investment.

Plug & Play is a bit different than your average accelerator. They specialize in running market-specific programs across a wide range of verticals (including FinTech, Health & Wellness, Brand & Retail, IoT, etc.) as well as a 10-week Startup Camp- their more traditional accelerator program for pre-seed startups from any market. As the “World’s Largest Startup Accelerator” (yes, they’ve invested in more companies than 500 Startups, TechStars, or even Y-Combinator) it’s clear that Plug & Play should be on every founder’s radar.

West Agile Labs, in conjunction with Access Silicon Valley, partnered on a late September evening to broadcast a fireside chat worldwide, live from Plug & Play’s Sunnyvale Headquarters. Sitting in for this conversation between Saeed and Access Silicon Valley’s own Roger Rappoport, we’ve identified five pieces of his advice that any startup founder should take to heart:

Hands-down, this is the core lesson they try and teach every Plug & Play batch company. According to Saeed, Peter Thiel (who built PayPal out of one of Saeed’s offices on University Avenue in Palo Alto), still possesses the same energy, passion, and hard work that drove him to success back then.

(Yes, you heard that right. Saeed was Peter Thiel’s landlord.)

2. Luck and timing can be everything.

Google moved into this very same office building that spawned PayPal when there were only 3 employees (we wonder: what must be in the water there?!). Early on, Google almost sold to Yahoo as they were struggling to raise investment for just 15M (on 3 separate occasions) but they got lucky when the market turned around and they were able to make some key hires.

Saeed likes entrepreneurs who are athletes, who have character and are driven by that internal need to win. The question he most often poses to the founders he meets with is, “what are you going to do if you fail?”. If they have a plan B, he won’t invest in their company. Entrepreneurs who come to him looking for help recruiting are similarly out of luck. One of the strongest measures of a founder’s efficacy is the ability to find and motivate key hires to join their team, often having to convince them to work for ~6 months without any regular compensation. That is one skill that can’t be replicated- it’s an inherent quality that only a few possess.

Oh, and if you tell Saeed that you can’t move to California for whatever reason, he’ll be quick to show you the door.

4. It may be worth finding a CoFounder.

Saeed isn’t interested in solo founders at all. There are some exceptions, but they’re extremely rare. While he still (on average) makes one of these investments each year, much of the reasoning behind this is tied to the portion of equity a solo founder often holds. If ownership is not equally split and the founding team is not fully bought-in as equals, it’s hard to avoid conflicts.

If you’re shooting for a company worth 8–10M with 20–30 employees, you’re not aiming high enough. Saeed believes that this is one of the biggest problems of European startups. “They don’t dream big- and if you don’t dream big then you don’t execute”, he explained.

This is article was composed by Jake Kuczeruk, VP of Business Development at West Agile Labs. For more background on our session with Saeed Amidi or information on how you can get involved with the next one, Jake can be reached at jake@westagilelabs.com.

What Does A Software Development Outsourcing Process Look Like?